Shelley Seider Davis, Rich Hill High School & Pittsburg State: Davis was a nine-time state champion in track in Class 1 in the early 2000s. In fact, as a junior in 2003, she became the 10th girl in history to win four or more events at the Missouri High School State Track & Field Championships. Specifically, Davis was a three-time state champion in both the 300-meter low hurdles and long jump, plus a two-time champion in the 100 meters and also a champion in the 200 meters. Davis, who went on to Pittsburg State University, lives in Appleton City.

Would you like to be featured on our alumni page? Please contact TJ Black in the High School office or email: tjblack@richhill.k12.mo.us 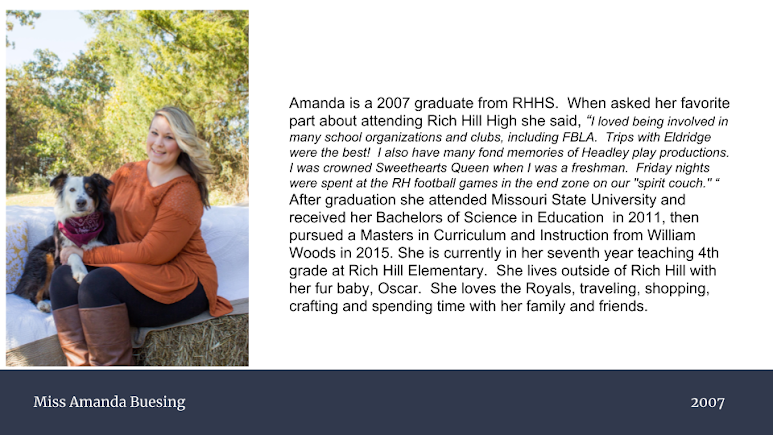 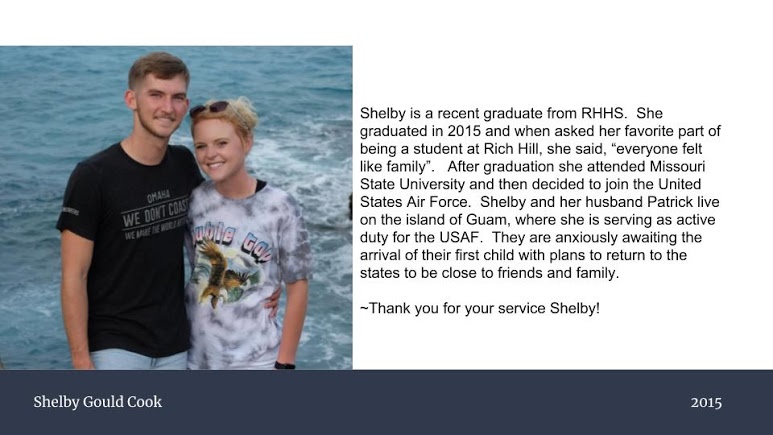 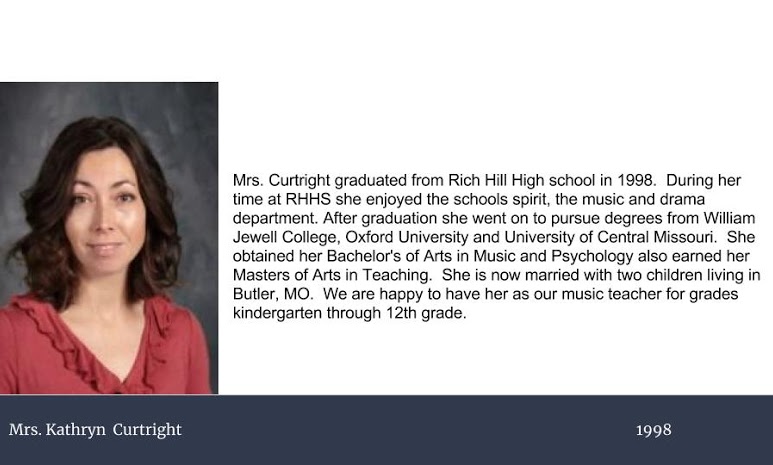 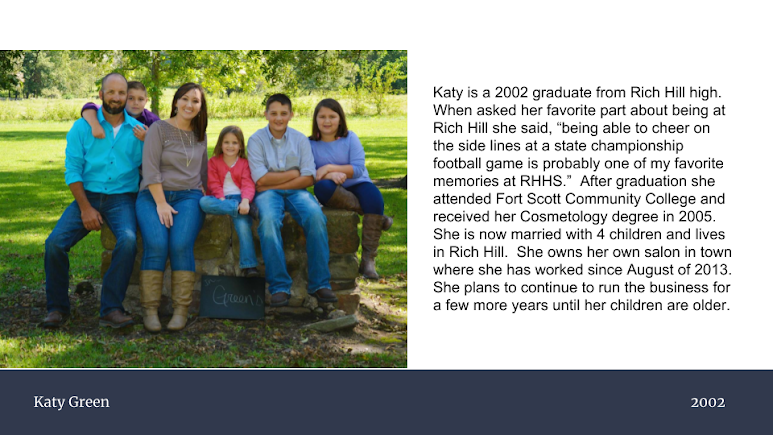 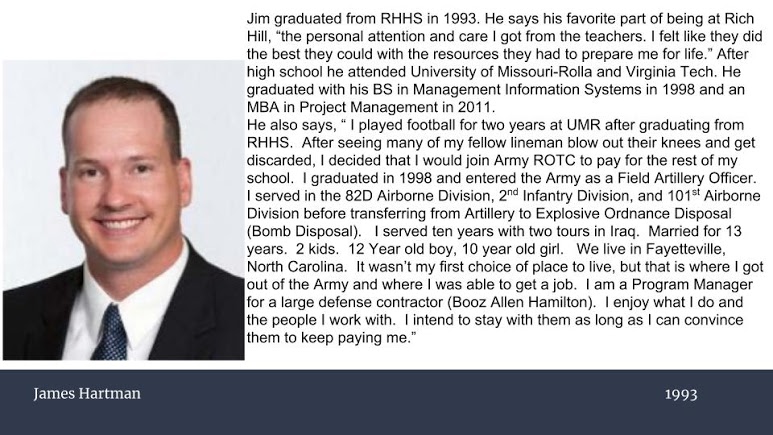 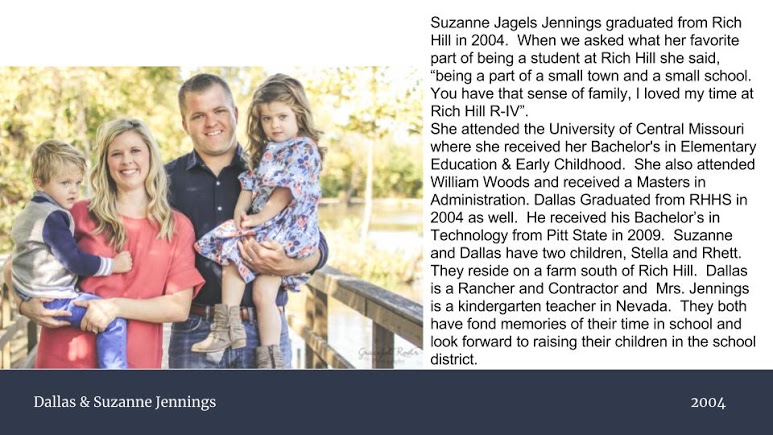 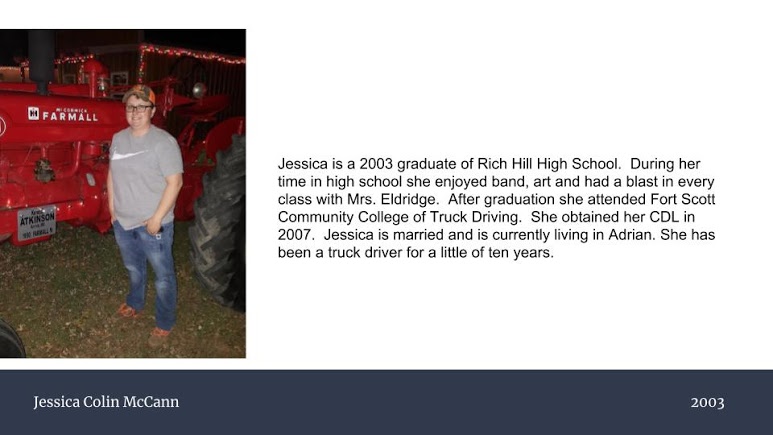 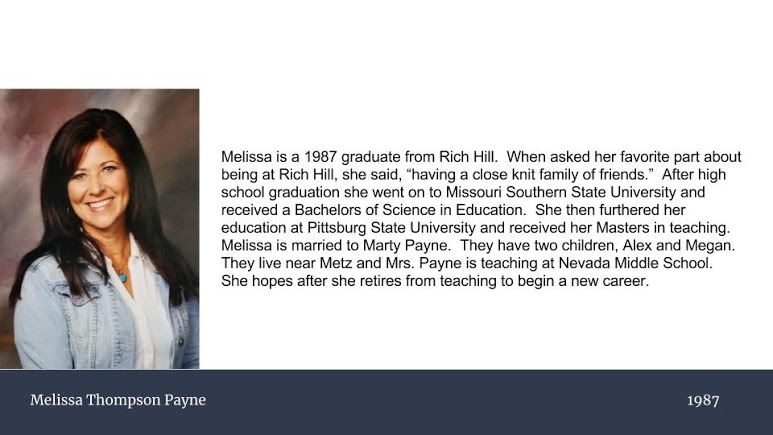 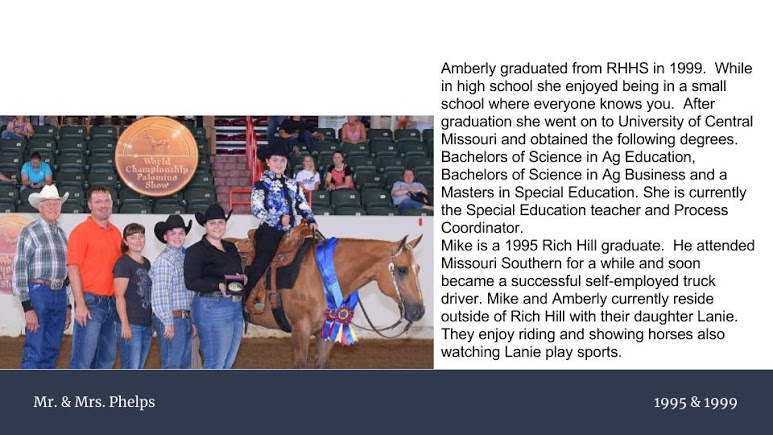 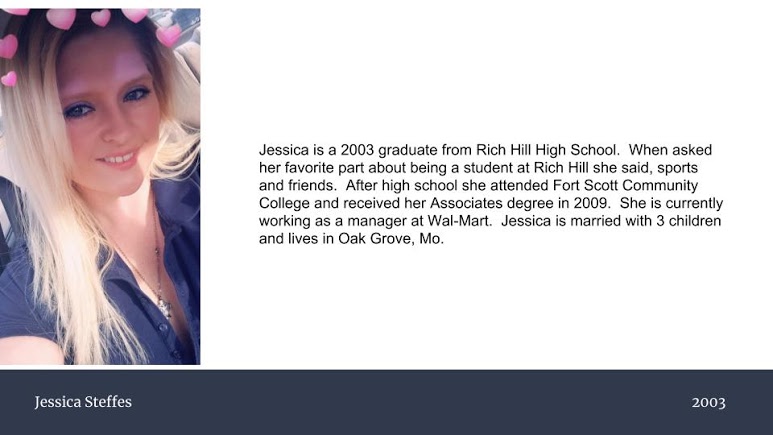 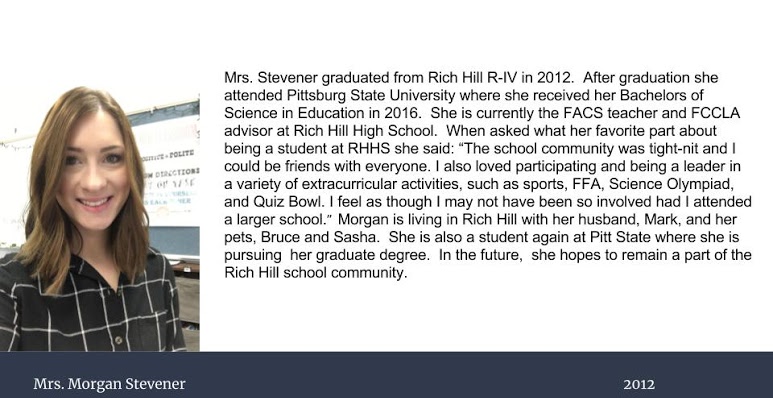 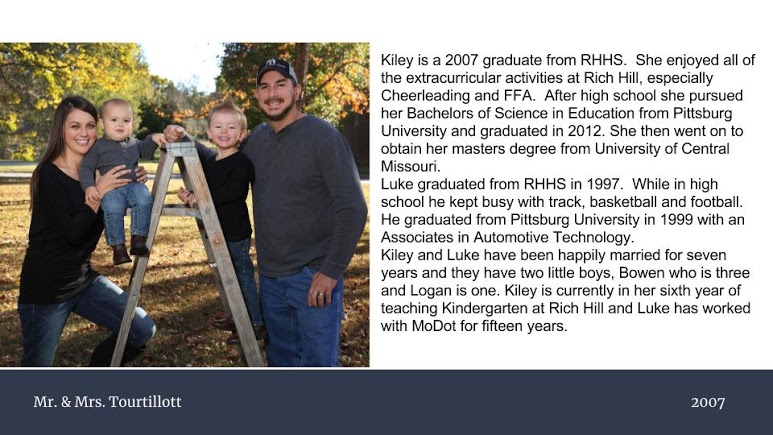